This article is a work in progress.
Please help in the expansion or creation of this article by expanding or improving it. The talk page may contain suggestions.
Note:
Heartstealer 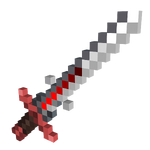 The heartstealer is a unique melee weapon in Minecraft Dungeons. It is a variation of the claymore. 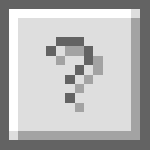 The distinguished general is an unseen illager mentioned in the description of the heartstealer.

Not much is known about their appearance other than it wielded the heartstealer. There is also a statue in the Highblock Halls that wears dark armor and wields a heartstealer-like sword.

The item description states that the distinguished general obtained the heartstealer after they conquered the squid coast.