This Minecraft Dungeons article is a stub.
You can help by expanding it.
Echo 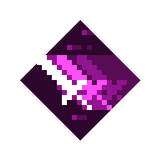 Echo works well with weapons that have low attack speed, like the soul knife, glaive, great hammer, and their variants. While these weapons are slow, but have higher power than other quicker weapons, and they also have unique abilities that the player may find useful.