This Minecraft Dungeons article is a stub.
You can help by expanding it.
"Critical Hit" redirects here. For the mechanic in Minecraft, see Critical hit.
Critical Hit 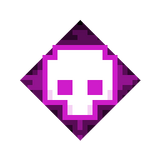 Critical Hit is an enchantment in Minecraft Dungeons that allows the player a chance to deal three times their damage. The likelihood of a Critical Hit occurring increases with each tier. Can be abused with something like the Fighter's Bindings or anything that has high area damage or attack speed.

Critical Hit is different from Enigma Resonator, which requires the ability to collect souls to use. It is possible to deal 9x damage if both enchantments are active.