This article is a work in progress.
Please help in the expansion or creation of this article by expanding or improving it. The talk page may contain suggestions.
Note:
Corrupted Defender 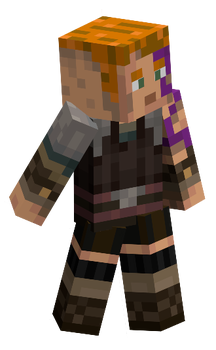 The Corrupted Defender is one of the two heroes who were added to the game as part of the Echoing Void DLC.

The Corrupted Defender appears to have green eyes and light brown hair. This hero also appears to be wearing some sort of black armor with gray shoulder guards. The left arm appears to be exposed to the air. There appears to be some sort of purple substance dripping down from the top of the eyebrow and going down nearly to the left hand.