This article is a work in progress.
Please help in the expansion or creation of this article by expanding or improving it. The talk page may contain suggestions.
Note:
Armored Stray 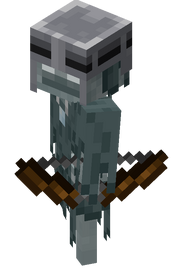 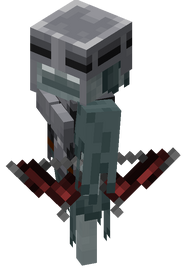 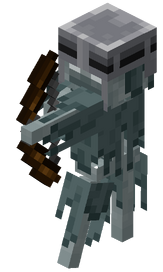 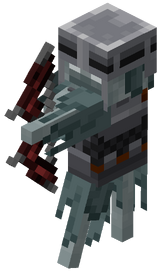 An armored stray is an armored variant of the stray found exclusively in Minecraft Dungeons Arcade.

Armored strays are hostile toward heroes and shoot them on sight, just like their normal non-armored counterparts, albeit with increased defense. 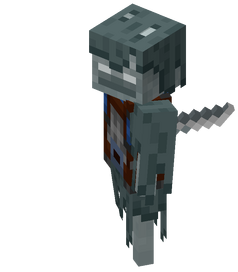 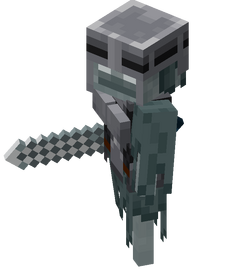 A melee armored stray[unofficial name] is a defensive melee type of armored stray found in Minecraft Dungeons Arcade. They either spawn with a sword or daggers in reverse grip.

Melee armored strays are melee variants of armored strays that spawn wearing scale mail and sometimes a reinforced mail helmet, giving them increased defense. Unlike strays, they primarily use melee, utilizing swords and daggers instead of ranged.

Like its unarmored variant, they attack the hero when seen but instead of ranged, they walk to the hero and attack them via melee.