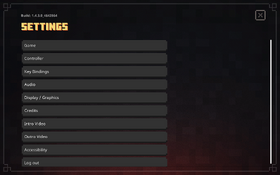 1.4.3.0 is an update to Minecraft Dungeons released on September 8, 2020, which added the Creeping Winter DLC, Daily Trials, balance changes, and bug fixes.[1]