It has been suggested that this page be moved to Minecraft (graphic novel series) .
If this move affects many pages or may potentially be controversial, do not move the page until a consensus is reached. [discuss]
When moving, be sure to use the appropriate tool instead of simply copying and pasting the page's contents, to preserve edit history.
Minecraft 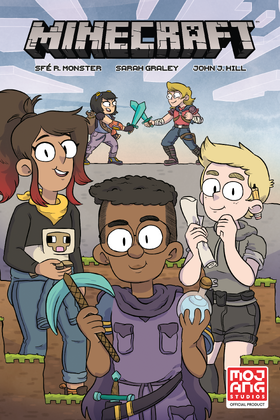 Minecraft is a graphic novel series based on the video game of the same name, published by Dark Horse Comics in partnership with Mojang Studios.

On September 24, 2018, Dark Horse Comics announced a partnership with Mojang Studios and Microsoft to produce a series of Minecraft graphic novels.[1][2]