Edit
Not to be confused with Education Edition.

This page describes an edition of the game that has been officially discontinued.
Development and support for MinecraftEdu has stopped. 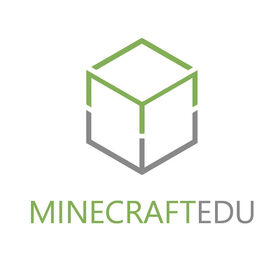 MinecraftEdu is a sandbox indie educational video game written in Java, developed by TeacherGaming, published by E-Line Media, and licensed by Mojang Studios.[1] It is meant as an educational version of Minecraft.

In the beginning, MinecraftEdu was developed by TeacherGaming, consisting of three developers and three teachers, located in the United States and Finland. Later, TeacherGaming expanded into a team of eight.

MinecraftEdu focuses on allowing the player to explore, interact with, and modify a dynamically-generated map made of one-cubic-meter-sized blocks. In doing so the student with the help of the teacher is supposed to learn a variety of subjects. The teacher can change settings to define where students can place and destroy blocks and the world used on the server.

On January 19, 2016, Mojang announced that they would be acquiring MinecraftEdu from TeacherGaming. At the same time, a new educational version of the game was announced: Education Edition has since launched to schools around the world.[2]

The objective of the game remains the same as regular Minecraft, where players can build virtual realities in a sandbox-like environment. However, MinecraftEdu also has the goal of an educational use to teach a variety of subjects.

MinecraftEdu differs from the regular version in a variety of ways, such as a tutorial mode, teacher options and exclusive Blocks/items.

These IDs are in the namespaced ID format, with their mcedu namespace omitted.