Minecraft: Xbox 360 Edition was the official port of Minecraft for the Xbox 360, developed by 4J Studios in conjunction with Mojang Studios and Microsoft Studios.[3] It was announced at E3 2011 by Notch and Microsoft, released on May 9, 2012 on the Xbox Live Arcade, and released on a retail disc on June 4, 2013.

Despite the Xbox 360 console being discontinued, Xbox 360 Edition continued to get feature updates until the release of Update Aquatic.[4]

The gameplay was first released largely intact from Java Edition Beta 1.6.6, with altered Xbox 360 controls and a crafting box appearance. The latest version is TU74.

The game was showcased as a playable demo at MineCon 2011 and was deemed a "work in progress".[5] 4J Studios confirmed that it had all the features of Java Edition Beta 1.6.6. when released, and will later be updated.

In October 2011, Microsoft said the release of this edition was planned for Spring 2012.[6] On March 22, Larry Hryb – director of programming for Xbox Live – announced the release date as May 9, and a few days before the game release, HatFilms released the official trailer via YouTube for the Xbox 360 Edition.

The game was officially released on May 9, 2012, and set new sales records, selling more copies in the first twenty four hours of launch than previous Xbox Live Arcade titles.

On June 4, 2013, the retail disc version was released, with the only difference from the Xbox Live Arcade version being the requirement of an Internet connection to play.

When TU12 was announced, it was also revealed that the game would support texture packs.

On September 2, 2013, it was announced that Minecraft: Mass Effect Edition would be the first one to be supported. It was released on September 4, 2013.

As of TU36, minigames are included in Minecraft Xbox 360 edition. The minigames featured are named Battle, Tumble, and Glide. The Battle and Tumble minigames require at least 2 players to play, while the glide minigame allows solo play. Before each round players are placed in a lobby to explore decide what maps to play on and change rules and prepare for the next round. Each minigame has mechanics not found in the normal Minecraft gameplay such as point system, timer, smaller inventory size, speed boosts, etc.

Players are placed in a pre-made battle arena. Before the match begins all players are given a short amount of time to gather some weapons, food, and armor, During this time, all players are invincible. Once the grace period ends, players are vulnerable to damage, essentially enabling PvP. The game ends either once there is only one player left or time runs out. For the latter situation, the winner is determined by the amount of kills made during the game. There are two variations of the game, Casual and Competetive. Casual mode allows small or large model skins to compete. Small model skins can give an advantage due to easily being able to hide behind blocks, while large model skins can give an advantage by concealing armor peices. Spectators appear as either bats, parrots, vexes, or player heads.  Competetive mode only allows Classic and Slim model skins. All spectators are invisible.

This minigame has two modes: Snowball and Shovel.

In Snowball mode, players are placed on premade platforms made of various materials. Each player is equipped with an infinite supply of snowballs. When a snowball comes into contact with a block, the block is instantly removed and the snowball disappears. The game ends once time runs out or all but one player has fallen into the lava at the bottom of the map. If time runs out, the winner is determined by statistics such as blocks broken, snowballs thrown, times jumped, blocks travelled, or players hit.

In Shovel mode, players are given an unbreakable shovel. This game is based on Spleef, where players dig the blocks underneath their opponents in order to cause them to fall onto a lower platform or into the lava at the base of the map. Shovel mode uses the same maps as Snowball mode, and the results of the match are decided in the same fashion.

In this minigame there are two modes: time trial and score attack. Both of which can be played with 4 players or solo. All player are given elytras to glide down a long track with many twists and turns.

In time trial, if the player is playing solo, the player has to reach the finish line as fast as possible. If playing with 2 or more players, it will be treated as a race, and when a player finishes, there will be a time limit for the other players to finish the race.

In score attack, players must glide down the track while flying through rings to gain as much points as they can before they reach the bottom. The person with the most points will win. For solo players, the scores will count towards a personal leaderboard.

The Crafting in the 360 Version.

Minecraft 360.
Add a photo to this gallery 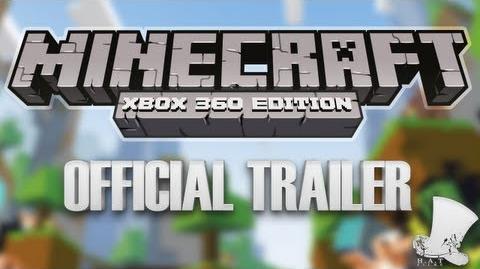 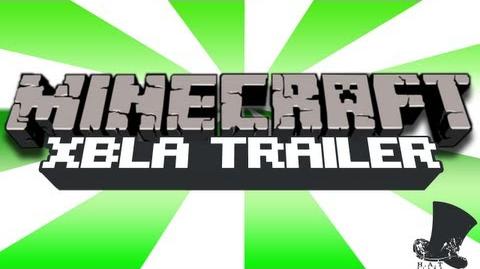 Retrieved from "https://minecraft.fandom.com/wiki/Minecraft:_Xbox_360_Edition?oldid=243652"
Community content is available under CC-BY-SA unless otherwise noted.