View source
watch 28:07
Minecraft Interactive Experience
Do you like this video?
Play Sound
Minecraft: The Movie 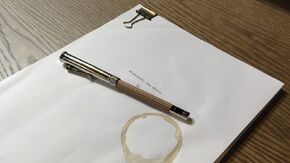 Minecraft: The Movie is an upcoming live-action Swedish-American film based on the video game Minecraft. It is being directed by Jared Hess from a screenplay by Chris Bowman and Hubbel Palmer. Originally slated to be released on March 4, 2022 by Warner Bros. Pictures, the release date is now unknown due to the ongoing COVID-19 pandemic.

A teenage girl and her unlikely group of adventurers must save their beautiful, blocky Overworld after the malevolent Ender Dragon sets out on a path of destruction.[1]

On February 27, 2014, Notch posted on Twitter that Mojang Studios' partnership with Warner Bros. about a Minecraft film was being "leaked", saying that he wanted to be the one to leak it out.[2] That same day, it was reported that Roy Lee and Jill Messick were added as producers.[3]

On October 8, 2014, Vu Bui stated that the movie was in "its early days of development", saying that it was a "large-budget production" and that it was planned to release within three to four years.[4] Later that same month, it was reported that Shawn Levy would direct the film,[5] but soon left the project along with Kieran and Michele Mulroney, who were serving as writers, due to creative differences and scheduling conflicts. It was reported that Levy and the Mulroney's vision for the film didn't mesh well with what Mojang was looking for.[6] Levy would later state in an interview that he envisioned a Minecraft film as an adventure movie with a "Goonies" flair.[7]

On July 21, 2015, Vu Bui announced that Rob McElhenney would serve as the director of the film.[8]

On June 27, 2016, Mojang Studios announced the title and release date for "Minecraft: The Movie" by showing the front cover of the script and publicly announcing a release date of May 24, 2019.[9]

On October 13, 2016, it was reported that Jason Fuchs would be writing the script alongside McElhenney.[10]

On February 7, 2018, producer Jill Messick committed suicide at age 50, making Minecraft: The Movie the last movie she worked on.[11]

On August 3, 2018, it was reported that Rob McElhenney and Jason Fuchs were replaced by writing duo Aaron and Adam Nee. The film was taken off the release schedule as a result of the replacement.[12] McElhenney would later state that his vision of the film was budgeted at $150 million, and that studios in Vancouver were booked for filming, but it "slowly died on the vine" when studio head Greg Silverman was replaced by Toby Emmerich, who had a different vision for the film.[13]

On January 3, 2019, it was reported that Jim Berney has been appointed for the film's visual effects.[14] Later that same month, it was reported that Peter Sollett would write and direct the film, with Jon Berg being added as a producer, and Jon Spaihts being added as an executive producer, along with information about the plot revolving around the ender dragon destroying the Overworld.[11] This information would be confirmed the following April in a blog post made on the Minecraft website, announcing that the film would be released on March 4, 2022.[1]

On June 24, 2019, it was reported that Allison Schroeder would be writing the latest script for the film.[15]

On April 18, 2022, it was reported that Jared Hess would direct the film, along with Chris Bowman and Hubbel Palmer writing the latest script. Production is slated to begin later that year. Lydia Winters and Mary Parent were also added as producers, while Cale Boyter was also added as an executive producer.[16][17]

In November 2016, it was reported that Steve Carell was in talks to star in the film,[18] but left the project due to scheduling conflicts.[11]

The film is being distributed by Warner Bros. Pictures, and currently has no set release date. It was originally scheduled to be released on May 24, 2019,[9] but was then taken off the release schedule in August 2018 due to the aforementioned replacement of McElhenney and Fuchs. In April 2019, it was announced that the film would be released on March 4, 2022,[1] but it was again taken off the release schedule in October 2020 due to the COVID-19 pandemic, with The Batman taking its place.[19]