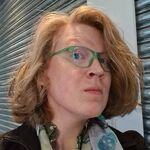 Matthew Dryden is a QA Specialist for Java Edition at Minecraft. He was previously a Content Coordinator, and then Interim Content Lead.

Moesh's job consisted of assisting with content management for the Minecraft franchise and adding new Realms maps. Moesh has a background of creating custom levels for games such as Quake II and Star Wars Jedi Knight: Dark Forces II, and as such is also responsible behind the level design of structures like the bastion remnant and the ancient city.[1][2]