Edit
watch 28:07
Minecraft Interactive Experience
Do you like this video?
Play Sound
Loom 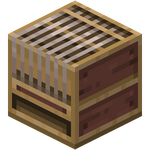 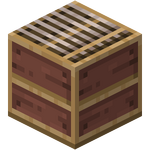 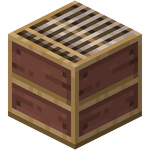 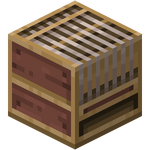 A loom is used to apply patterns on banners. It is also used as a shepherd's job site block that is found in villages.

A loom can be mined and obtained with or without any tool, but axes are the quickest. It always drops as an item.

Looms can be found in village shepherd houses.

If a village has a loom that has not been claimed by a villager, any villager who hasn't already chosen a job site block has a chance to change their profession to shepherd.

A loom can be used as fuel in a furnace to smelt 1.5 items.

Looms can be placed under note blocks to produce "bass" sound.

Issues relating to "Loom" are maintained on the bug tracker. Report issues there.