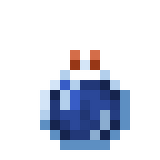 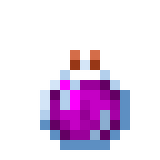 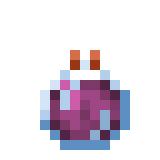 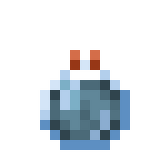 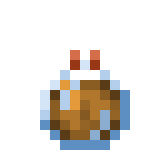 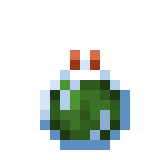 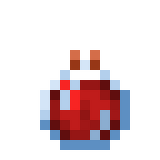 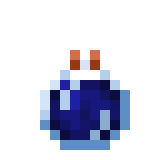 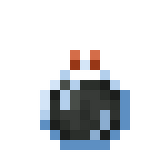 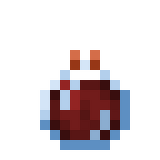 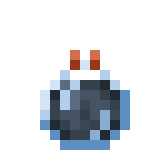 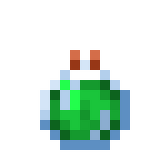 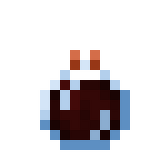 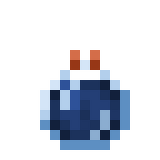 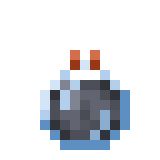 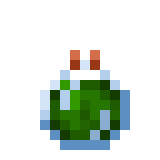 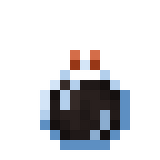 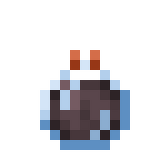 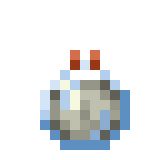 Lingering potions are variants of splash potions that can be thrown to leave clouds with status effects that linger on the ground in an area.

Lingering potions are thrown, like splash potions, by using them. On impact they explode, creating a cloud. The cloud is made of the potion particles corresponding to the potion that was thrown.

The cloud starts with a radius of 3 blocks, decreasing to 0 over the course of 30 seconds. During the cloud's existence, any player or mob that walks into it after the first second gets the corresponding status effect; this decreases the radius by a 1⁄2 block immediately, causing the cloud to disappear more quickly.

The effect may be applied consecutively if the player or mob remains in the cloud. For example, a player throwing a Lingering Potion of Healing II straight down consumes the cloud within a few seconds while being healed 5 times for a total of 20

× 10 health. As far as healing is concerned, this makes the lingering potion much more powerful than the regular or splash potion, provided that the player is away from other mobs or players.

Lingering potions can also be thrown out of dispensers like splash potions.

Like the splash water bottle, a lingering water bottle puts out fire and damages endermen and blazes by 1

. It creates no effect cloud.

In Java Edition, the uncraftable potion is a splash potion with no effect that is unobtainable in regular gameplay. It is also available in potion and splash potion forms, as well as for tipped arrows.

It can be obtained using the following command: /give @s minecraft:lingering_potion{Potion:"minecraft:empty"}. It is also obtained any time a potion has invalid or missing potion effect tags, and thus serves as a placeholder.

In Java Edition, lingering potions can be obtained with any status effect using /give and the tag CustomPotionEffects, which is an array of effects for the potion. See Item format#Potion Effects for more information, and status effect for a list of effects and IDs.

Lingering potions when thrown have entity data that define various properties of the entity. 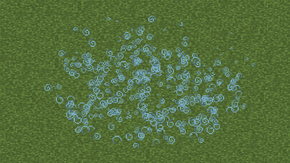 The cloud that is created when lingering potions are thrown – and when creepers with potion effects explode – is an entity, which has entity data that defines the properties of the entity.

Issues relating to "Lingering Potion" are maintained on the bug tracker. Report issues there.