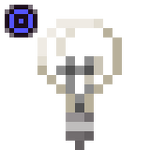 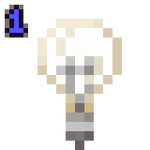 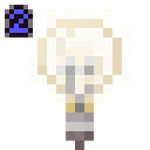 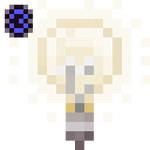 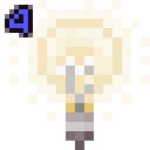 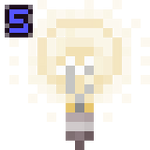 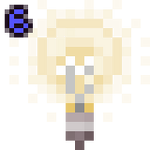 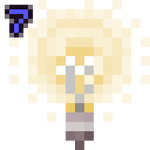 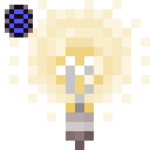 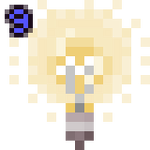 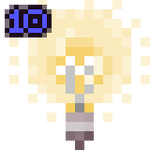 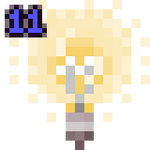 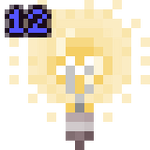 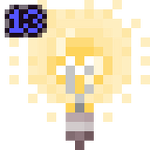 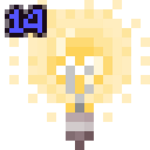 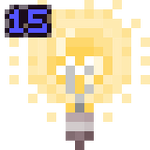 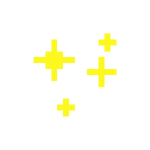 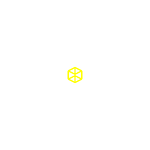 Light blocks[a] are invisible blocks, primarily intended for map makers, that can produce any light level from 0 to 15.

Light blocks cannot be mined or targeted, similar to air. Light blocks with a light level of 0 are generally functionally identical to air. They do not attach to any block, meaning that breaking an adjacent block does not remove the light block. However, they can be broken by replacing them with another block. The exception is water (including, in Bedrock Edition, flowing water), which can occupy the same space as a light block. See Waterlogging for more information.

Light blocks are not in the player's Creative inventory. They can be obtained using commands such as /give. In Bedrock Edition, specifying the data value from 0 to 15 determines the block's light level; if the data value is not specified, the light block emits a light level of 0. The command is: /give <target> light_block [amount: int] [data: int (0 - 15)] [components: json]. In Java Edition, using /give <target> minecraft:light{BlockStateTag: {level:"<int>"}} can give a light block with a specific light level and corresponding model. If the level is below 0, the non-bulb texture is used, and above 15 the level 15 texture. If the block state is not specified or not between 0 and 15, the light block emits a light level of 15.

A light block is intended for use in adventure maps.

Each light block (as a block or as an item) has an associated light level, which can be anything from 0 to 15. In the player's inventory, light blocks display their light level in the top-left corner and appear "brighter" at higher light levels.

In Bedrock Edition, light blocks appear to be slippery, much like ice. This can be seen by walking over the top of one with the help of another block.

Light blocks are detected by observers and can be waterlogged. It can be pushed and pulled by pistons.‌[Bedrock Edition only]

Each light block has a data value from 0 to 15, which determines its light level.

Issues relating to "Light Block" are maintained on the bug tracker. Report issues there.