Kristoffer Zetterstrand is a Swedish artist who is the original artist for the many paintings that can be seen in Minecraft.

Zetterstrand was born on September 27, 1973 in Stockholm, Sweden. He studied at both the Royal University College of Fine Arts in Stockholm and the Facultad de Bellas Artes in Madrid. He commonly uses a classical painting style throughout his works. Many of the paintings he created are influenced by the history of art, old pixelated computer animation, and 3D worlds. Many of his works are virtual still lifes and scenographies created with 3D software. In 2012 he received the Marianne & Sigvard Bernadotte Art Award.

Zetterstrand has one sister, Elin Zetterstrand (known as EZ in the Minecraft community). His sister was once married to Markus Persson until August 15, 2012, when Persson stated on Twitter that he was single again.[1] 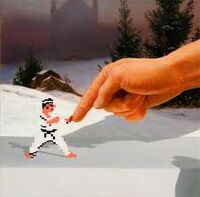 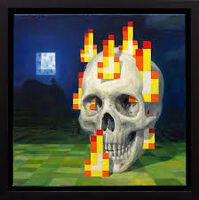 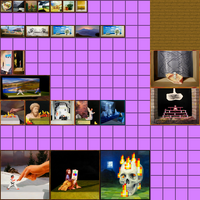 Retrieved from "https://minecraft.fandom.com/wiki/Kristoffer_Zetterstrand?oldid=209247"
Community content is available under CC-BY-SA unless otherwise noted.