This article is a stub.
You can help by expanding it.
Karim Walldén 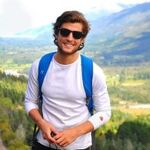 Karim Walldén is the head of community relations at Mojang Studios. He joined the company in February 2017.

He has a girlfriend, and a young son named Nico.