This article is a stub.
You can help by expanding it.
Josh Letellier 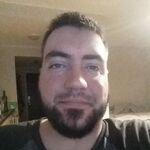 Josh 'rockenroll4life' Letellier is a former member of the Minecraft: Java Edition development team at Mojang Studios from July 16, 2018 to April 10, 2019.[1][2] Previously, he worked at the Minecraft Redmond office.

On April 10, 2019, Letellier announced his temporary departure from Mojang as his residency/work extension was denied by the Swedish Migration Agency.[3][4]