This page documents an unreleased version.
While there is proof of this version's existence, it was never released to the public.
rd-131655 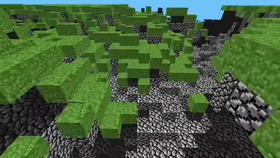 Original
Note: All videos from Nizzotch, Notch's YouTube channel, have been region-locked in all countries.