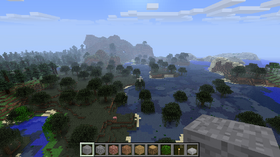 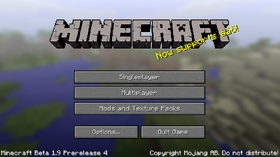 Beta 1.9 Prerelease 4[1][2] is the fourth pre-release for Java Edition 1.0.0, released on October 13, 2011.[3] It adds the End dimension, the ender dragon, and moon phases. It also completed the enchanting mechanics, changes fluid placement using buckets, and fixed some bugs.

This version was reuploaded to fix the version number not being updated from the previous pre-release.[4][5]