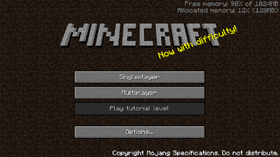 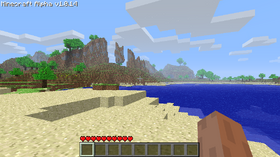 Two main different versions of Alpha v1.0.14 exist. Only the second is available in the launcher. The reupload fixed the jukebox recipe giving a bookshelf in the pre-reupload version.