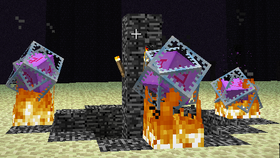 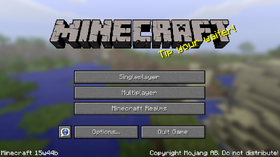 15w44b[1] is the thirty-eighth snapshot for Java Edition 1.9, which was released to make various items available in survival and to fix bugs and crashes. The development team's aim had been to have the 1.9 release feature-complete by the end of October 2015, followed by a period of bug-fixing,[2] and this snapshot was the last snapshot before the end of October.

93 issues fixed
From released versions before 1.9

From the 1.9 development versions