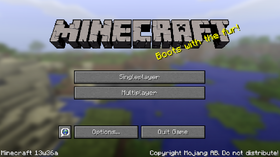 13w36a is the first snapshot released for Java Edition 1.7.2. It adds many new biomes, flowers, and fishing tweaks in the game.

32 issues fixed
From released versions before 1.7.2

From the original version of 13w36a