Edit
watch 28:07
Minecraft Interactive Experience
Do you like this video?
Play Sound
Minecraft 1.8 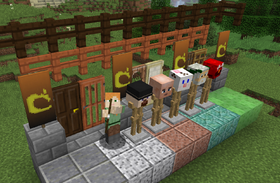 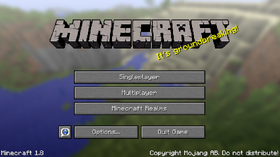 1.8, the first release of the Bountiful Update,[1] is a major update to Minecraft. It added and changed many aspects of Minecraft (Java Edition). Among many things, the update made it easier for map makers to create adventure maps, whilst using the newly added Spectator mode. It added many blocks, mobs, and a structure for Survival play. Many commands were added or extended, the world boundary became a customizable component, many Survival mechanics were changed, and gave way for many more world customization options.

426 issues fixed
From released versions before 1.8