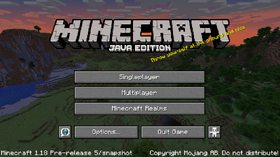 This page would benefit from the addition of more images.
Please remove this notice once you've added suitable images to the article.
The specific instructions are: add texture changes

60 issues fixed
From released versions before 1.18