Edit
Not to be confused with Java Edition 1.1.
This article is about the actual update. For the 2015 April Fools' snapshot that was jokingly called 1.10, see 15w14a.
For a guide about all content in this release and the other releases of the Frostburn Update, see Java Edition guides/Frostburn Update.
Minecraft 1.10 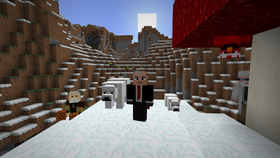 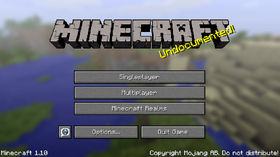 1.10, the first release of the Frostburn Update,[1] is a major update to Minecraft (Java Edition) which was released on June 8, 2016, which gives players the ability to use structure blocks and adds magma blocks, nether wart blocks, red nether brick, fossils made from bone blocks, strays and husks (which are variants of skeletons and zombies, respectively), and polar bears.

Mesas, including all variants

37 issues fixed
From released versions before 1.10