Edit
This article is about the decorative block. For the item, see Iron Ingot.
Iron Bars 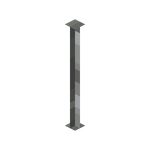 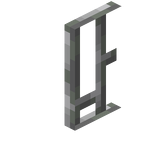 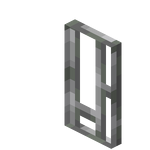 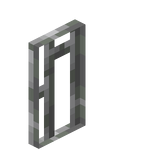 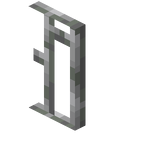 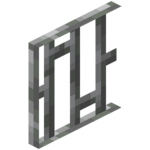 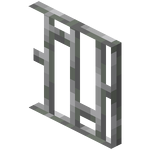 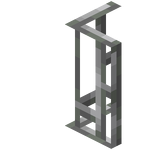 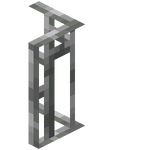 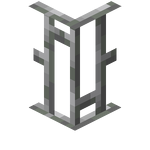 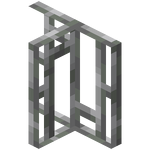 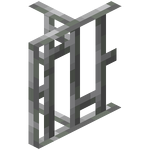 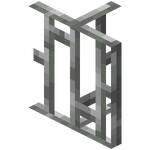 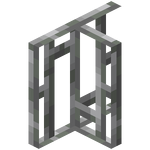 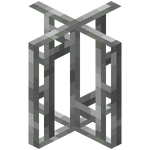 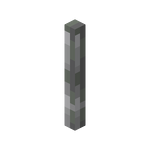 Iron bars are blocks that serve a similar purpose to glass panes, but made of iron instead of glass.

Iron bars can be mined using any pickaxe. If mined without a pickaxe, it drops nothing.

Iron bars can be found in parts of strongholds, woodland mansions, desert and plains villages, igloo basements, and ruined portals.

In the End, 2–3 obsidian pillars have iron bars around their end crystals.

Iron bars regenerate on end pillars when the ender dragon is respawned.

Iron bars are not a source of iron. Once crafted, iron bars cannot be smelted into iron nuggets or ingots.

Endermen seen through iron bars do not become angry. The ender dragon cannot destroy iron bars (some of the end crystals are protected by them), which makes them a useful material in the End.

Iron bars can be placed in much the same way as fences or glass panes. If no solid block is adjacent to the bars, they have appearance of a slim, tall column. If something is placed next to iron bars, they appear either flat,

shaped, depending on the blocks surrounding it.

Iron bars speed up the curing process of zombie villagers.

Issues relating to "Iron Bars" are maintained on the bug tracker. Report issues there.