This article needs cleanup to comply with the style guide. [discuss]
Please help improve this page. The talk page may contain suggestions.
Invisibility 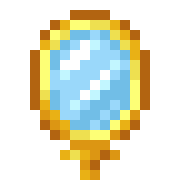 Invisibility is a status effect that turns entities invisible. It has one potency level (active), but its duration can be extended.

Invisibility causes the affected mob or player to disappear from view although it is still present.

Boss mobs are immune to invisibility.

Certain features of entities are not affected by invisibility:

Issues relating to "Invisibility" are maintained on the bug tracker. Report issues there.