This article needs cleanup to comply with the style guide. [discuss]
Please help the Minecraft Wiki clean up this page if you can. The talk page may contain suggestions.
Instant Health 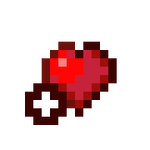 Instant Health is an instant status effect that increases health for living mobs and damages the undead.

× 2level. In the upcoming Combat Tests, it heals 3

× 2level. Undead mobs (including the wither) are damaged as if with Instant Damage, instead. When applied using a lingering potion, the entity is healed every second. Levels 30–32 (amplifiers 29–31) provide no healing. Levels outside the range 1–32 (corresponding to amplifiers 0–31) are used modulo 32, making level 33 the same as level 1, etc.

Only the ender dragon is immune. However, undead mobs are harmed by this effect.

Issues relating to "Instant Health" are maintained on the bug tracker. Report issues there.