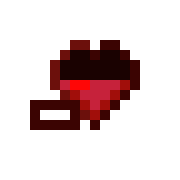 Instant Damage is an instant status effect that decreases health for living mobs and heals the undead.

× 2level. Undead mobs (including the wither) are healed as if with Instant Health instead. Death is reported as "<player> was killed by magic". If the effect is forced to last longer than 1 tick, it damages entities every tick (with the exception of lingering potions, which inflict damage every second). Level 32 provides no damage. Levels 30-31 provide no damage if the entity doesn't have the resistance effect with an amplifier of at least 5, and amplify other incoming damages by a large amount for the time the entity is red. Amplifiers outside the range 0–31 (corresponding to levels 1–32) are used modulo 32.