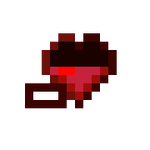 Instant Damage is an instant status effect that decreases health for living mobs and heals the undead.

× 2level. Undead mobs (including the wither) are healed as if with Instant Health instead. Death is reported as "<player> was killed by magic". When applied using a lingering potion, damage is inflicted every second. As this is magic damage, it can be decreased only via Resistance and Protection.

An Instant Damage IV potion is powerful enough to kill a player instantly.

Issues relating to "Instant Damage" are maintained on the bug tracker. Report issues there.