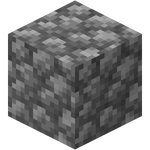 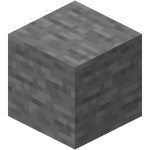 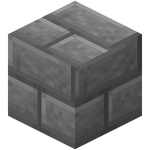 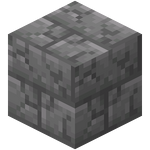 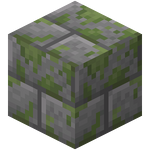 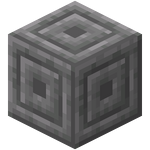 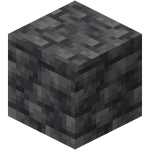 Infested blocks are blocks disguised as stone, cobblestone, deepslate, or any stone bricks variants, but spawn silverfish when broken in Survival or Adventure mode.

Infested blocks are not obtainable by Silk Touch, and are only available through the Creative inventory or commands. However, they can be retained from worlds played in versions where they were legitimately obtainable.

When the block is broken, whether by a player or by an explosion, a silverfish spawns where it was broken unless the difficulty is Peaceful or gamerule doTileDrops is false (gamerule doMobSpawning is irrelevant).

When mined with a tool enchanted with Silk Touch, however, the equivalent non-infested block is dropped without spawning a silverfish on all game difficulties. Any Silk Touch-enchanted tool (including swords) will cause an infested block to drop its non-infested equivalent (that is, a pickaxe is not required). A player wishing to collect stone bricks from a stronghold safely should use Silk Touch-enchanted pickaxes.

Infested stone can generate in the Overworld in the form of blobs. Infested stone attempts to generate 14 times per chunk in blobs of size 0-13, from altitudes 0 to 63, within one of the following biomes, or within a chunk that is at least partially occupied by one of these biomes:

Infested stone can replace stone, granite, diorite, andesite, tuff, and deepslate. If it replaces tuff or deepslate, it will become infested deepslate.

In Bedrock Edition, a player can distinguish infested from normal blocks by observing that an infested block takes a bit faster to break when using a pickaxe than the stone it appears to be, but without a pickaxe, it still breaks faster.

A silverfish does not spawn if the block is destroyed by the ender dragon.

In Java Edition, using the debug screen, a player can identify whether or not a block is infested.

This page would benefit from the addition of more sounds.
Please remove this notice once you've added suitable sounds to the article.
The specific instructions are: Infested deepslate sounds in 21w15a

In Bedrock Edition, infested blocks use the following data values:

Issues relating to "Infested Block" or "Monster Egg" are maintained on the bug tracker. Report issues there.