This article needs cleanup to comply with the style guide. [discuss]
Please help improve this page. The talk page may contain suggestions.
Haste 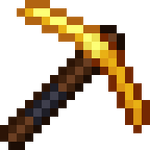 All mobs are immune to Haste. Most mobs are unaffected by Haste as they cannot mine blocks.

Mining Fatigue III inflicted by elder guardians prevents the player from instant mining most blocks regardless of the Haste effect, along with a huge decrease of mining speed. However, lower levels of Mining Fatigue can be overcome by Haste of level III or greater, with a resultant reduced Haste effect.

At levels 3 until 127 (Java Edition or Bedrock Edition) or 255 (Pocket Edition), the player's arm does not move while mining.

Issues relating to "Haste" are maintained on the bug tracker. Report issues there.