Gunpowder, formerly known as sulfur, is a non-placeable item that can be obtained by killing Creepers, Ghasts, Witches and looting Dungeon, Desert Temple or Woodland Mansion Chests. Wandering Traders have a chance to sell gunpowder in exchange for an Emerald.

Gunpowder can be crafted into TNT and Fire Charges. Gunpowder is essential in order to create splash potions, which are usually potions with negative effects. Fire Charges were added in Minecraft snapshot 12w04a (1.2.1). These have the same properties as Flint and Steel, except they can be launched from a Dispenser, and they are way more expensive. Gunpowder is one of the ingredients used to make the Firework Rocket and is required to make Firework Stars. Gunpowder is also used in Brewing Stands to make Splash Potions.

In Indev, mob drops were randomized, so when a pig was killed, it could drop gunpowder instead of a raw porkchop. This was the same with all other mobs that left behind an item when killed.

In Beta 1.0, gunpowder was renamed to sulfur, but it was reverted to its original term in Beta 1.3.

In Beta 1.9 pre-release 4, gunpowder was made usable in Brewing to create Splash Potions.

Gunpowder was added to the Pocket Edition in 0.4. 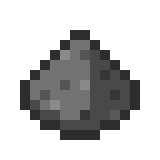 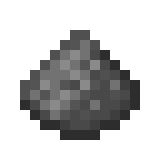 Retrieved from "https://minecraft.fandom.com/wiki/Gunpowder?oldid=194747"
Community content is available under CC-BY-SA unless otherwise noted.