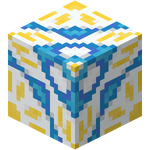 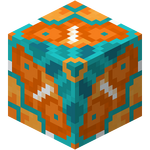 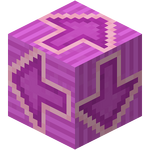 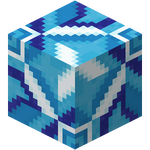 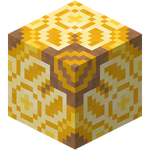 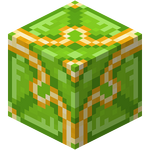 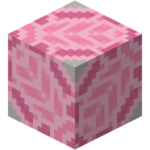 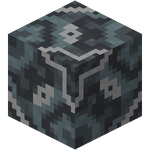 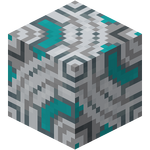 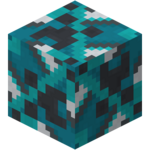 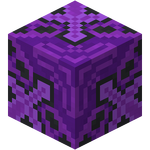 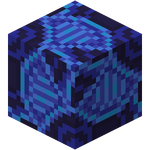 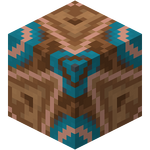 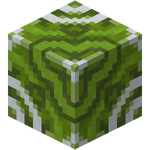 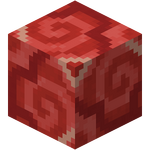 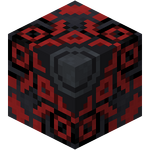 Glazed terracotta is a vibrant solid block that comes in the 16 regular dye colors, obtained by smelting colored terracotta.

Glazed terracotta requires a pickaxe to be mined. When mined without a pickaxe, it drops nothing.

Lime glazed terracotta generates in one of the desert village temples.

Expert-level stone mason villagers sell 1 glazed terracotta for an emerald as part of their trades.

Due to its strikingly colorful appearance, glazed terracotta is primarily used for decoration. As a building material, its hardness is slightly less than stone, and its blast resistance is even lower than terracotta.

Glazed terracotta does not stick to slime blocks, and honey blocks, but unlike immovable blocks, it can be pushed by pistons and sticky pistons.

When placed, glazed terracotta's texture rotates relative to the direction the player is facing while placing the block. If several glazed terracotta blocks of the same color are placed in the "correct" orientation in a 2×2 or greater area, the textures align to create a singular image, as demonstrated in the image to the right.

The magenta glazed terracotta pattern includes an arrow (⬆) design that can be used to point to things or direct players. A guide is shown below, in order to correctly place the arrow direction (based on testing).

Glazed Terracotta blocks are designed to form a larger, cohesive pattern when placed in the correct 2×2 configuration. Most textures have reflection symmetry along a diagonal line that goes from corner to corner, though the colors of individual pixels can differ slightly.

Although the design of each individual glazed terracotta block is up for interpretation, there are some intentional details in certain blocks:

All types of glazed terracotta can be placed under note blocks to produce "bass drum" sound.

Issues relating to "Glazed Terracotta" are maintained on the bug tracker. Report issues there.