It has been suggested that this page be merged with Poison. [discuss]
If this merge affects many pages or may potentially be controversial, do not merge the page until a consensus is reached.

This feature is exclusive to Bedrock Edition and Education Edition.
Fatal Poison 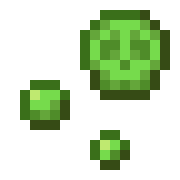 Fatal Poison inflicts damage to entities over time, and can kill both undead and non-undead mobs, similar to Wither. The effect is actually called "Poison," but its ID distinguishes it from the other Poison effect, which cannot kill.

The amount of damage inflicted on the affected entity is shown in the table below:[verify]

Boss mobs and witches are unaffected by this status effect.

If the player is killed by Fatal Poison, the death message "<player> was killed by magic" appears, as when killed by a potion of Harming.

Issues relating to "Fatal Poison" are maintained on the bug tracker. Report issues there.