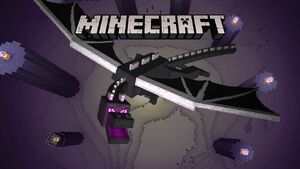 Image for the Ender Update released by Mojang
For a guide about all the additions and changes in this update, see Bedrock Edition guides/Ender Update.

The official name for the update, the Ender Update, was revealed on November 11, 2016, in a blog post on the Mojang website.[1]