Clay Blocks are blocks with a light-blue/light-gray recolor of the sand texture.

Clay blocks are usually found in locations where both sand and water are present, most commonly appearing in shallow water (especially along the coast of island groups). They can also be found underwater in swamp biomes. When searching through the water for clay, it can be distinguished from sand by its slightly blue-gray color. When mined with a shovel, four clay balls will drop. Clay is considered to be moderately difficult to obtain because of the speed at which shoveling underwater is reduced. In the Village and Pillage update, there is a chance stonemasons will throw clay blocks with the hero of the village effect present.

The primary use for clay blocks is as a storage item for clay balls. Clay balls, obtained by breaking clay blocks, can subsequently be placed into a furnace and smelt into bricks.

As of update 1.6.1, clay blocks can also be smelted to make terracotta, a decorative block.

A Clay Block can be mined with any tool or by hand, but a shovel is the fastest. 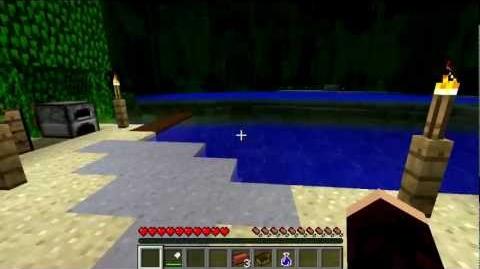 Minecraft Blocks & Items Clay Block
A video explaining everything about clay.
Add a photo to this gallery

Retrieved from "https://minecraft.fandom.com/wiki/Clay_Block?oldid=212650"
Community content is available under CC-BY-SA unless otherwise noted.