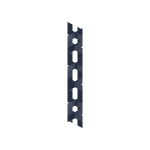 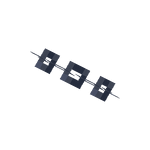 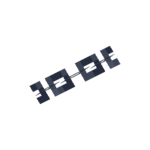 Chains can be mined using any pickaxe. If mined without a pickaxe, it drops nothing.

Chains generate in bastion remnants and sometimes in ruined portals that generate in the Nether. They always generate above magma cube spawners, also found in bastions.

Chains can be used to suspend bells or both types of lanterns (normal lanterns and soul lanterns), as the chain texture connects to the chain of the lantern seamlessly as if it were part of it. Chains do not require a supporting block to be placed whether it is on the top, next to it or at the bottom. It can exist completely free-standing in mid air[1] and it can be rotated. Chains connect horizontally or vertically, but not across different orientations (so a chain with N orientation does not connect to a chain with E orientation in the adjacent block). Horizontal chains one block above a surface may be walked over. Horizontal chains two blocks above a surface prevent players from traveling past them. Vertical chains block travel if targeted directly, but may be skirted.

Precision is required, but chains can be walked on, allowing for inconspicuous, although somewhat costly, bridges.

Chains can be pushed by pistons without being broken.

Issues relating to "Chain" are maintained on the bug tracker. Report issues there.