This page documents an update currently being worked on.
Therefore, not all official feature names or items are mentioned.

The logo for Caves & Cliffs.

Caves & Cliffs is the name of one released and one upcoming major themed update set to release only for the Java and Bedrock editions of Minecraft. The first part was released as Java Edition 1.17 and Bedrock Edition 1.17.0 on June 8, 2021,[1] which added geodes, copper, and new blocks and mobs. The second part will be released as Java Edition 1.18 and Bedrock Edition 1.18.0[2] at the end of 2021 and will include expanded caves, increased height and depth limit, new mountain generation, and new biomes. It was announced in Minecraft Live 2020,[3] and on April 14, 2021, Mojang Studios announced that the update would be split into two updates due to the amount and complexity of content, as well as team health.[4]

This update's development on Java Edition started with snapshot 20w45a, which was released on November 4, 2020. The first pre-release for Caves & Cliffs Part 1 was released on May 27, 2021, and the first release candidate on June 4, 2021. 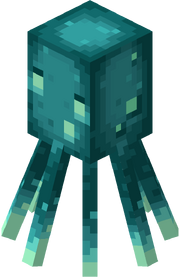 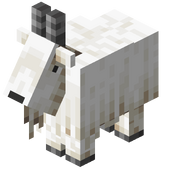 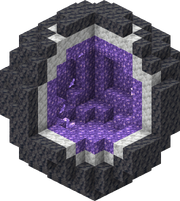 Inside an amethyst geode. 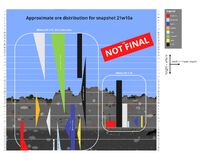 Please note that the names of many features are currently placeholders. They may be marked with the template [unofficial name].

A Warden and Iron Golem standing side by side.

The underground generates with more variation and diversity than the surface.[34]

An example of how the other stones may generate

Concept art showing how the spore blossom may open and close

Screenshots of the Caves & Cliffs Update from Minecraft Live 2020 and other sources: