Cauldrons are a form of brewing equipment that appeared in 1.9 Beta. The brewing function was later replaced with the brewing stand because of the inconvenient method of brewing with the cauldron. It would have been used to make potions using brewing recipes. Cauldrons can be found in Witch Huts, Woodland Mansions, the basements of Igloos, and tannery houses in Villages.

As of Beta 1.9 pre-release 3, cauldrons can now be crafted and used to store water. Cauldrons can now refill glass bottles with the water required for brewing. Each cauldron can hold up to three bottles worth of water (in console edition and Bedrock Edition player can also store potions in cauldrons), which is equal to a single bucket. Despite being able to fill up any empty bottles with any regular source block, cauldrons have a new feature that allows them to emit a Redstone signal when a Redstone comparator is placed beside it. The more water that's inside it, the stronger the signal. It is also used for returning leather armor to their original color if it is dyed, and dyeing the leather armor if it's not already dyed. Also note, they are useful in the Nether, as cauldrons are the only items one can put water in. If a village has a cauldron but no leatherworker, any nearby Villager without a profession has a chance to become a leatherworker.

A Cauldron requires a pickaxe to harvest; otherwise it will drop nothing.

One cauldron filled with water

The Potion will explode if one of the Potions is mixed with another Potion. 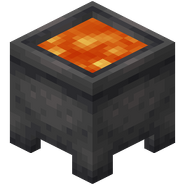 Lava inside a cauldron which is only available on Bedrock Edition. 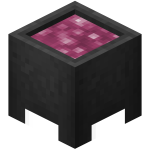 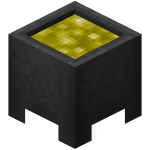 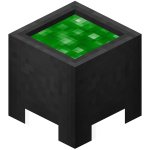 Retrieved from "https://minecraft.fandom.com/wiki/Cauldron?oldid=196941"
Community content is available under CC-BY-SA unless otherwise noted.