Edit
watch 28:07
Minecraft Interactive Experience
Do you like this video?
Play Sound
This article is about an Education Edition exclusive block. For the block that generates around the old worlds in Pocket Edition, see Invisible Bedrock. For the invisible block, see Barrier. For the shimmering barrier that borders the world in Java Edition, see World border.

This feature is exclusive to Bedrock Edition and Education Edition.
Border 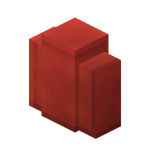 Border blocks are unbreakable blocks that prohibit movement through, over or under them. They are exclusive to Education Edition and Bedrock Edition.[1]

Border blocks can be obtained only by using commands, or using pick block in creative mode. No tool or explosion can damage them (they act as if they have no collision box when you try).

Border blocks are generally used to surround an area to prevent students (or players) and mobs from entering it, or to confine them within the surrounded area. They create an invisible, impassable barrier of infinite height above and below themselves (but not sideways). They prevent players who lack the worldbuilder ability from doing any of the following:

Most mobs cannot pass over or under border blocks and cannot target a player or other mob through them. However, they do not stop the Ender Dragon, and weapons, projectiles, and explosions interact with them as if they were regular walls. Because of this, it is possible to use an ender pearl.

Placing or breaking a border block requires the worldbuilder or operator‌[Bedrock Edition only] ability, which can be granted to the player by an operator or host. Border blocks continuously emit red particles.

When used in Bedrock Edition without Education Edition features enabled, border blocks are indestructible, with a height of 1.5 blocks and a width of 1 block.