1.19.10 is an upcoming minor update to Bedrock Edition, with no set release date, which will bring more parity with Java Edition and fixes bugs.[1] 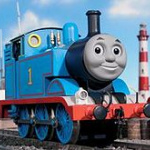