Edit
watch 28:07
Minecraft Interactive Experience
Do you like this video?
Play Sound
v1.16.210 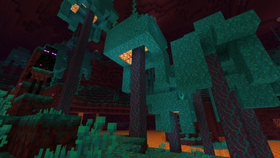 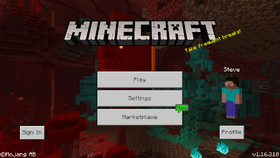 Development phases contained some of the Caves & Cliffs features through experimental gameplay, which were not included in the full release for this update but are part of 1.17.0.[2][3]