Edit
This feature is exclusive to Bedrock Edition.
This article needs to be updated.
Please update this page to reflect recent updates or newly available information.

Bedrock Dedicated Servers allow Minecraft players on Windows and Linux computers to set up their own server at home, or host their server using a cloud-based service. This is in its early development stages, so as with any early release software, it may have severe issues. Due to this support may be stopped at any time.

BDS is a server hosting tool similar to the Java Edition server. Like Java Edition, there is a server.properties and whitelist.json file. Instead of ops.json, permissions are stored in the permissions.json file. Resource and behavior packs are in the resource_packs and behavior_packs directories. JSON files in the world directory set packs to be used, Minecraft clients generate them and can be uploaded to the server. Worlds are in a new world directory.

There is no official documentation on what the minimum or recommended system requirements are for running a bedrock server. These are assumptions based on running the server on a Windows machine and checking the resource usage.

Processor: A minimum of a dual core CPU. Highly recommended to have a quad-core x86/64 bit processor that can run at least 3GHz or higher.

Memory: On windows 10 or Server, 6 GB of memory minimum for the operating system and the server. May require more memory with more then 10 players at the same time. Generally Bedrock Edition does not seem to be as memory hungry at Java Edition. Unlike with Java edition, there does not seem to be a way to dedicate memory specifically to the Minecraft server as of November 2021.

Internet Speed: You should have an upload speed of 5Mbits per second to 10 players and 10Mbits per second download. A DSL connection will likely not have the bandwidth to run server over the internet. HOWEVER, if you want to run your server locally then you could do that.

Network: Your server should be connected to your router using an ethernet connection. You should avoid using WiFi to connect your server to your router. 100Mbit ethernet is acceptable. Gigabit LAN is not required.

You will need to set your network as a static IP address. Your server should not be connected to your home network using DHCP unless you have mapped the address on your router. You will also need to forward the port listed below to your dedicated server. This is another reason why you want to make sure you have a static IP on the device or a static mapping on your router.

To use the whitelist, it needs to be enabled in server.properties. When enabled, the server will only allow selected users to connect, and you will need to know the Xbox Live gamertag and (optionally) XUID[3] of all players who want to join the server; players without an Xbox Live gamertag will not be able to connect. If your server is public and you do not enable the whitelist, you will not be able to ban players from the server.

To learn more about whitelisting, check out the bedrock_server_how_to.html file bundled with the server download). If you are having trouble with player behavior on a server that you own, whitelisting may be a good way to solve the issue.

The contents of this section are not supported by Mojang Studios or the Minecraft Wiki.

Since this server software is still in Alpha phase, therefore, it still lacks many built-in functions in the java server, and there are many very serious problems:[feedback 1] 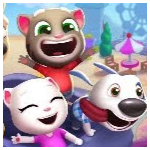