This article is a stub.
You can help by expanding it.
Bartosz Bok 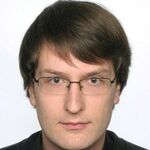 Bartosz Bok is a game developer at Mojang Studios who works on Minecraft, and has done work on Java Edition. He joined the company in November 2017. He earned his Master's degree in Computer Science at Wrocław University of Science and Technology and had previously worked as a senior developer at MicroscopeIT, and before that, as a software developer at Nokia.[1]