Edit
watch 28:07
Minecraft Interactive Experience
Do you like this video?
Play Sound
This article is about the invisible block in current versions. For the similar block used in old worlds in Bedrock Edition, see Invisible Bedrock. For the enchantment in Minecraft Dungeons, see Minecraft Dungeons:Barrier. For barrier at the edge of the world, see World border.
Barrier 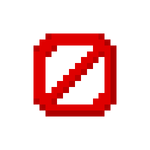 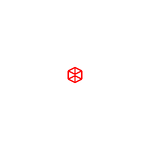 A barrier is an invisible block used to create solid boundaries.

Like command blocks, jigsaw blocks and structure blocks, barriers can be obtained only using commands such as /give, are not available in the creative inventory, and cannot be broken in survival mode.

In debug mode worlds, barriers generate as the floor.‌[Java Edition only]

Barrier blocks are mainly used to build an impenetrable barrier that cannot be broken in standard survival mode play but can be placed in survival. For example, they can be used to protect a reserved area from entry by players, mobs, and other entities. Unlike other kinds of unbreakable blocks that could be used for this purpose (such as bedrock), barrier blocks are unobtrusive because they are invisible. Barrier blocks cannot be destroyed by TNT, Creeper explosions, or any other explosions.

In the player's inventory, the block is displayed as a red box with a slash through it, but when placed it is completely invisible.

Barriers are transparent to light and do not block a beacon. Fences, iron bars, glass panes, and similar blocks do not visually connect with barriers. Barriers interact with blocks and mobs as a solid block. All dependent blocks can be placed on a barrier, such as torches or redstone, and it can suffocate mobs. Mobs cannot spawn on barriers. The red cross texture, however, is revealed as particle effects when falling or sprinting on them, regardless of what gamemode the player is in.

Barrier blocks are the most resistant blocks in Minecraft.

This section is missing information about Did sprinting on or punching (without breaking) barriers ever create particles in java?.
Please expand the section to include this information. Further details may exist on the talk page.

Issues relating to "Barrier" are maintained on the bug tracker. Report issues there.