A banner is a tall decorative block that is highly customizable. Various dyes, blocks and/or items can be used to apply a variety of patterns.

There are 16 colored blank banners, and numerous patterns each available in each of the 16 colors. Up to 6 different patterns can be added, and using a banner on a cauldron containing water will wash off the top layer or the last pattern added.

Banners, much like signs, can be placed both on the ground, facing different directions, and on walls. They can also be placed in item frames, where they simply appear as their item model.

In Java Edition only, patterns can be applied to shields using banners. The shield pattern has a smaller resolution than the banner pattern, causing them to look different or offset.

Banners can also be used as fuel in furnaces, blast furnaces, and smokers, smelting 1.5 items per banner.

A banner may have up to six patterns that are overlaid with the last-crafted on top. The location of the banner in shaped recipes does not matter as long as the dyes are in the exact location specified. Players can also overlay these patterns on each other. As of 1.14, a loom can be used to add certain patterns to banners using a dye and an optional extra item.

A photo of some country flags made using banners. 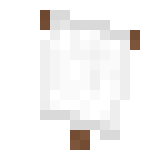 The banner's removed icon.
Add a photo to this gallery 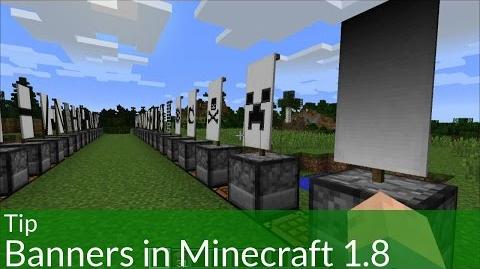 Tip How to Make Banners in Minecraft 1.8
Add a photo to this gallery
Retrieved from "https://minecraft.fandom.com/wiki/Banners?oldid=192007"
Community content is available under CC-BY-SA unless otherwise noted.