Edit
watch 28:07
Minecraft Interactive Experience
Do you like this video?
Play Sound
For other uses, see Azalea (disambiguation).
Azalea 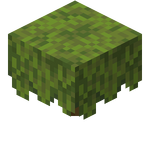 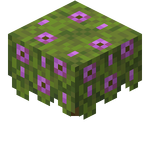 An azalea is a solid block that can be grown into an azalea tree.

A flowering azalea is a variant of azalea that, additionally, counts as a flower for all purposes, including pollination by bees.

Azaleas can be broken instantly using any tool or by hand. Harvesting an azalea with shears consumes the durability of the shears for no additional benefit.

An azalea also breaks if a piston extends or pushes a block into its location, or if water flows into it.

Azaleas and their flowering counterparts generate commonly on top of moss in lush caves.

Flowering azaleas function like any other flowers in their interaction and uses with bees. Azaleas can be placed only on grass blocks, dirt, coarse dirt, rooted dirt, podzol, moss blocks, farmland, or clay.

Unlike most transparent blocks, mobs can spawn on top of azaleas and flowering azaleas in Java Edition[1] or inside them in Bedrock Edition[2].

Putting an azalea in a composter has a 65% chance of increasing the composting level. Flowering azaleas have an 85% chance.

Azaleas can be used as a fuel source in furnaces, smelting 0.5 items per azalea.

Oak and birch trees grown from saplings that are within 2 blocks of any flowering azalea have a 5% chance to grow with a bee nest containing 1 to 3 bees.

Issues relating to "Azalea" are maintained on the bug tracker. Report issues there.