Andesite is a block that was added in the 1.8 updates along with granite and diorite. Andesite is usually exposed on the surface in Extreme Hills Biomes, but it can generate in other biomes as well. It was added to Minecraft: Pocket Edition in version 0.9.0, and it will generate mainly in caves where it is usually in large veins.

Andesite can be crafted by placing cobblestone and diorite in the crafting interface or a crafting table. Andesite can also be converted into Polished Andesite by combining four blocks of andesite.

Polished Andesite is the smooth variant of andesite which can only be obtained through crafting. It is mainly used as a decorative block for building. When it was originally a PE exclusive item, it had to be crafted by using a stonecutter instead of a crafting table. Mason villagers will sell polished andesite in exchange for emeralds. Polished Andesite has the same texture as Stone, but with some different colors.

Andesite requires a pickaxe to harvest, otherwise it will drop nothing. 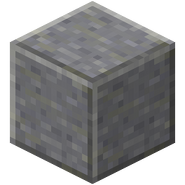 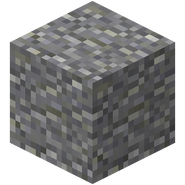 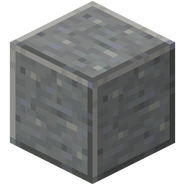 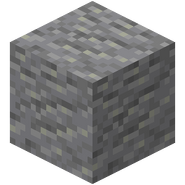 Add a photo to this gallery
Retrieved from "https://minecraft.fandom.com/wiki/Andesite?oldid=195367"
Community content is available under CC-BY-SA unless otherwise noted.