0x10c was a space sandbox game that was being developed by Markus "Notch" Persson and Mojang AB during 2012 and 2013 as a followup to Minecraft. It has since been cancelled, and at present it seems unlikely that Notch, or anyone currently working at Mojang, will resume its development.

In March 2011, Notch was asked in an interview if Mojang had any plans for another game, and Notch expressed his desire to create an "extremely nerdy" space trading simulator.[1][2] Later, in December 2011, Notch announced he would be stepping down as lead developer of Minecraft, and that he would begin working on another project.[3] Mojang CEO Carl Manneh said in an interview with Edge Online that Mojang was committed to supporting a new project that Notch was developing.[4] In March 2012, he revealed that there were three different projects he was working on, but he had yet to decide which one he was committed to.[5] On March 13th, he announced he would begin prototyping a space game,[6] and on March 21st, in an interview with PC Gamer magazine, he announced that he was working on a space-themed game that was inspired by the television show Firefly and the video game Elite.[7]

On April Fools' Day 2012, instead of a typical Minecraft April Fools joke, as was the case the prior year and every year since, Mojang launched a satirical website for a space game entitled Mars Effect,[8] citing a lawsuit with Bethesda regarding the title of the Mojang game Scrolls as an inspiration.[9] However, the gameplay elements remained true, and on April 4, 2012, Mojang revealed it as an actual space sandbox title, 0x10c.[10]

The game's backstory, as told by Notch on the website, was this:

The game was to feature:

Of particular interest was the in-game computer, the DCPU-16. This was a fully functioning emulated 16 bit CPU that could be used to control your entire ship, or just to play games on while waiting for a large mining operation to finish. Full specifications of the CPU were released soon after the game's announcement, so the more programatically advanced of the playerbase could get a head start.[12] These specifications, along with the specifications for several pieces of in-game hardware that would have been able to interface with the DCPU-16, can be found here.

0x10c was planned to require its players to pay a monthly subscription fee in order to access the global multiplayer server that was planned to exist, due to the computational cost of simulating the trajectories and onboard systems of all the player's ships, even when the players piloting those ships weren't logged in. A recurring fee would not have been required to play singleplayer, and it's likely there would have been the option to play on smaller, privately hosted servers for free, as in Minecraft. The initial cost of buying the game was planned to start out small and increase as the game was developed, similarly to how Minecraft's price increased during the first few years of its development.

Soon after the announcement of 0x10c, Notch began posting on Twitter about his plans for the game, and began putting images of the prototype versions on his website[13]. A forums[14], Reddit community[15], wiki[16], and numerous other fan-made websites were created, and Notch began communicating with fans about the game on the Reddit community as well.

On April 16, 2012, Notch posted an image on the 0x10c website containing a puzzle.[17][18] When decoded, it revealed the word “Montauk”, which was the password to get into another page on the website,[19] which contained 99 codes which could each be redeemed once on the Mojang website to add 0x10c to the user’s Mojang account, which would have allowed them to play it as soon as the game was eventually released.[20] 0x10c remained part of these user’s Mojang accounts until it was eventually removed from the Mojang account system in 2020.

On May 2, 2012, Notch launched an ARG to promote the game. A secret page on the 0x10c website read “insufficient power” along with a power percentage.[21] The more people visited this page, the higher the power percentage became until eventually reaching 100%, whereupon a large amount of garbled code was revealed, which the community determined represented radio signals from a pulsar.[22] Discrepancies in the repeating pulsar signals were eventually decoded and revealed to be garbled text taken from Isaac Asimov’s short story The Last Question, which, like 0x10c, also takes place in the extremely distant future of the universe.[23][24]

Notch also began livestreaming himself coding 0x10c on Twitch.[25][26] One of the results of this was viewers were able to copy significant amounts of the code and create a reverse-engineered version of the game.[27] Notch asked that this not be publicly released, as the game was not yet close to a state he felt comfortable releasing.[28][29] However, a prototype version of the game was accidentally leaked anyway, when Notch uploaded it to a private page on his website but forgot to disallow users from viewing all the site's files.[30] This prototype, featuring a dark room with a computer, can be found here.

Originally, Notch intended for the art style of 0x10c to be mostly textureless, citing the 1993 game Frontier as inspiration.[31] However, he later changed his mind, and Jonatan Pöljö, also known as Eldrone, was hired as an artist for the game,[32] and created most of the textures and models seen in the later footage. According to Eldrone:

Progress continued, and eventually Notch released several videos on Youtube and the 0x10c website showcasing the progress he had made,[34][35][36] including two physics test videos, an art test video and a multiplayer test video. Eventually, a semi-playable version, featuring a fully modeled and textured spacecraft with an interior and exterior, functional multiplayer and PVP, and the basics of the in-game computer systems, was created, and Notch livestreamed himself battling other Mojang employees onboard the ship.

Later, Eldrone released a "Facebuilder" demo as a preview of the game's player customization system, created in Unity. This can be found here.

0x10c was eventually put on hold in April of 2013 because Notch had found creative blocks. However, at the time, he was still interested in expanding the development staff to push the game toward release.[37]

Eventually, on August 13, 2013, Notch announced in a Team Fortress 2 livestream that 0x10c was indefinitely shelved, but Notch added that it could be made in the future if another Mojang employee was interested in developing it.[38]

On August 19th, Notch wrote on his blog "The Word of Notch" about his reasons for the game's cancellation:

He then expressed his desire to not become "another under delivering visionary game developer", and said he would instead focus on making "smaller games that can fail" in the future. Regarding 0x10c, he said that "I want to play this game so much, but I am not the right person to make it. Not any more. I’m convinced a new team with less public interest can make a vastly superior game than what I would make."

On September 15, 2014, following Mojang's acquisition by Microsoft and Notch's departure from the company, the soundtrack for 0x10c was released by Daniel Rosenfeld.[40]. He stated:

Eldrone would later release images of additional art assets created for 0x10c on his twitter and website.[42][43]

Many specific features were mentioned as being planned for 0x10c. These include:

Note: These videos are all reuploads of videos originally uploaded by Notch. 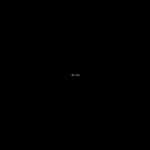 0x10c is the soundtrack released for 0x10c by C418, which features several songs created for the game before its cancellation. It was released on September 15, 2014 on Bandcamp.